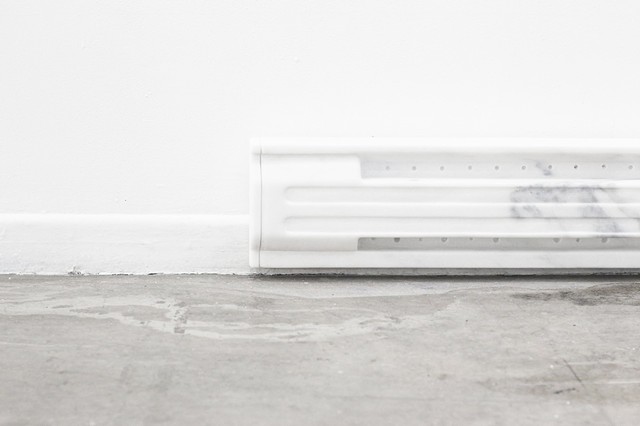 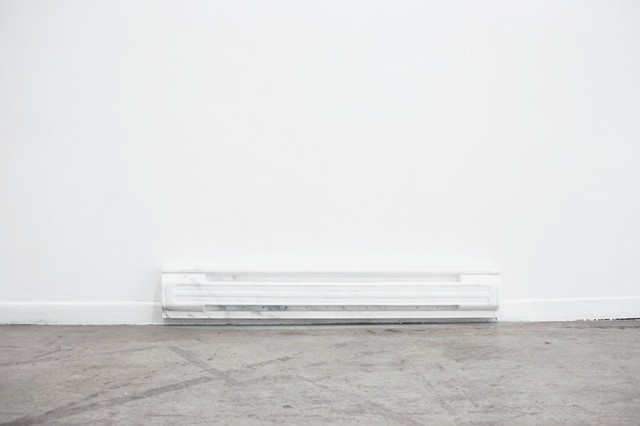 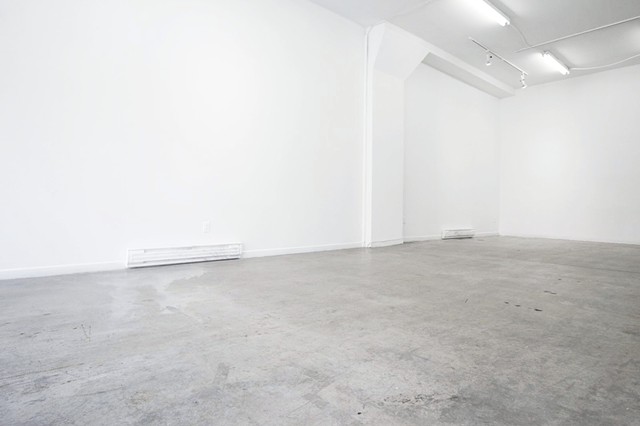 The exhibition at La Centrale plays directly off the physical space of the gallery where I created a subtle intervention through the replication of mundane objects that exist in the space. During the exhibition the gallery will appear empty at first glance but what will exist in the space are four electrical heaters, three of which are carved in marble, co-existing with the one functioning heater all of which will line the baseboards of the space.

The replicated electrical heaters, expected and familiar visual elements in the space, become inconspicuous and seemingly invisible. As such it brings the exhibition space into question as the work mirrors the site and camouflages its own object art nature, turning the illusion of emptiness and absence into a palpable experience. The mandate of La Centrale is located in the subjective space of absence, it is a place historically occupied by the feminine, the decorative, and the idea. The experience of the absence can also be found in the in-between, between the real and the replicated. The replicated objects are invisible at first glance but this simple action of invisibility questions the authority usually implicit in an art institution context by de-emphasizing the art object and calling attention to the gallery itself as a constructed site of power.

The gallery brings an array of expectations which affect our experiences and behaviours, all of which inform the art work that is presented within the gallery walls. My choice of replicated objects is in direct dialogue with the assigned value of objects contained within the context of the white walls of the gallery. In the blending of site and replicated objects I attempt to question what the art object should be and where it should be located. What normally acts as the background becomes the site of significance where only through the subtle shift in materiality the replicated objects are able to call into question their function, worth and politics inherent in the display of art.